One of the most underappreciated historical figures is set to hit the silver screen on Nov. 1. 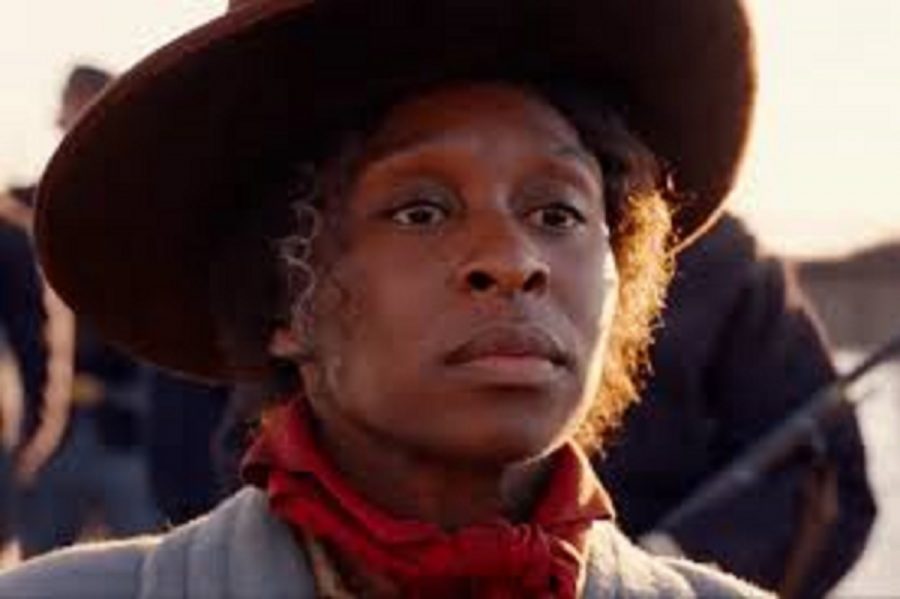 Harriet Tubman played by Cynthia Erivo is seen here from a scene in the trailer.

Just from the trailer alone, people are already calling Harriet to be an early Oscars favorite.

Although it may be too early to tell (especially because the movie hasn’t even been released yet) Harriet does have the framework to be one of the best movies of 2019.

The cast list is explosive and full of star actors. It includes Janelle Monáe, Leslie Odom Jr. with Cynthia Erivo as Harriet Tubman.

It may be a coincidence, but most of the cast seems to have a background in music. Janelle Monáe might be obvious with her records Dirty Computer and The Electric Lady, but Leslie Odom Jr. has also guest-starred in Hamilton the Musical, as well as guest-starred in the television series SMASH.

Although this connection might be a stretch, Joe Alwyn, who plays slave catcher Gideon Brodess, was the boyfriend of pop sensation Taylor Swift.

Viewers should not expect an impromptu song in the middle of the movie, but they should hope for a bomb soundtrack to be released.

Besides the cast, the trailer itself sparks the viewer’s interest. It starts with showing Harriet’s own escape from the South. Running through fields, over bridges, and even jumping into river rapids after declaring “Imma be free or die.”

It is a great way to show the development of Harriet’s strong soul and her determination to be free. As the trailer continues, the viewer gets to briefly see her transition from a slave to a free woman and how difficult it was for her.

After this, it goes into the main reason why people distinguish Harriet Tubman from the rest of runaway slaves in history: she went back.

This movie is going to focus on the amazing feat of her becoming a Conductor on the Underground Railroad. The trailer alone has stunning images of Harriet running through different landscapes and standing square when coming face to face with slave catchers.

It is very exciting to see that the movie will focus on such a strong character that has been under-appreciated for such a long time.

In 2016, a large debate started if Tubman should replace Andrew Jackson on the $20 bill. Later that year the decision was confirmed. However, since then it seems there may be a hitch in this plan.

It was announced in May of 2019 that the newly designed $20 bill would not be unveiled in 2020 as originally planned to fall on the 100th anniversary of the ratification of the 19th amendment.

The showcasing has been pushed back till 2028 by the Treasury of the United States as they are concerned with counterfeiting issues.

Many are hoping that this movie will bring in positive reviews so it can show the continued support for the historical figure. It is also suspected that the film will continue the fight to make sure Tubman is honored by being the face of the $20 bill.

Overall the new movie Harriet is expected to not only top the charts but also accurately honor Tubman’s legacy.