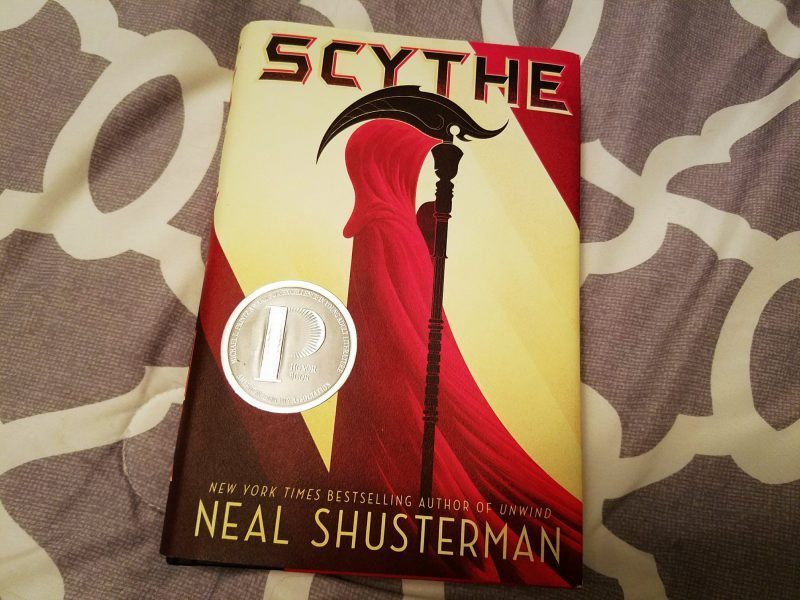 Neal Shusterman's newest trilogy is a must read for Young Adult Sci-Fi fans.

In the far away future of Scythe, the world has super-advanced technologies. For example, they have self-driving cars, an artificial intelligence named the Thunderhead that has been put in charge to govern humanity, and they have even conquered death.

But, even though this seems to be a perfect world, it is not.

Because humanity has figured out how to live forever, the population has to be controlled somehow. They tried to go to the moon and Mars, but that failed.

So their society had to invent a more grim way to control the population: the Scythedom.

The Scythedom is a self-governing body, separate from the Thunderhead, that is a tasked with “gleaning” (aka permanently killing) people to control population growth.

In the beginning of the novel, we are introduced to two teenagers named Citra and Rowan. Both are chosen by Scythe Faraday, a high ranking member of the Scythedom, to start an apprenticeship with him. The catch, however, is that only one of them will become a full Scythe.

By the end of the book, after many trials and tests, one of the apprentice Scythes is chosen, and one is left behind.

Overall, the book is one of the best that I have ever read. The beginning of kind of slow because there is a lot of explanation, and it takes time to understand what’s happening. But around a 1/4 of the way through the book, it picks up quickly and stays engaging.

Each chapter continues to give readers new discoveries and unseen plot twists, and an ending so good you’re glad you stayed with it.

Scythe is the first installation in a trilogy by Neal Shusterman. His previous books are all sci-fi, and Scythe combines dystopian sci-fi with romance, adventure, and drama.