Will The New Lion King Movie Be As Good? 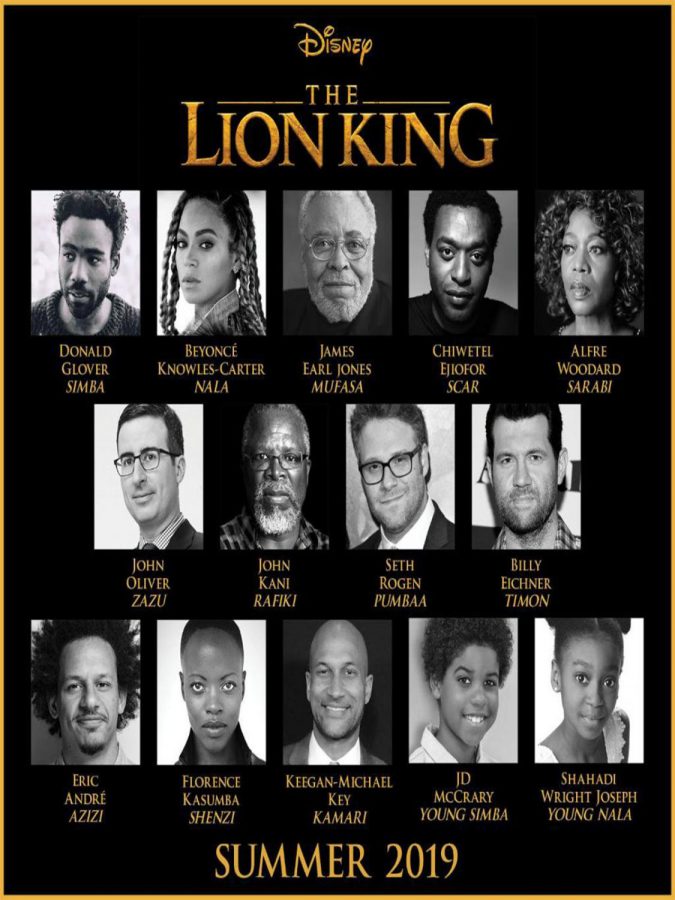 From Pete’s Dragon to The Jungle Book, the past couple of years have brought many childhood favorites to life through the power of live action animation. However, out of the three live-action reboots set to release in 2019, I know which one I’m most excited about: The Lion King.

Before I knew what live action was I was waiting for this 1994 classic to be redone with updated animation technology, and now Disney has blessed us with the closest thing we can get to real life.

From the looks of the trailer, director Jon Favreau has done this with every scene from the 1994 movie including the iconic sunrise over the African savanna, the stampede of antelope, and the iconic anointment of baby Simba to the rest of the pride lands.

It doesn’t seem like he’s going to play around with the story all too much, thank goodness.

And then, of course, there’s the voicing.

At the start of the trailer, you’re welcomed with the “Everything the light touches” speech delivered by James Earl Jones back playing Mufasa (ooohh say it again) but serving as the only major cast member returning from the original.

We are, however, surprised with some popular voices such as Beyoncé Knowles as Nala, Donald Glover (Childish Gambino) as Simba, and Seth Rogen as Pumba.

Knowing that 2019 brings a duet between Beyoncé and Gambino makes it a little less scary.

The movie is more similar to the original in that the score will also be handled by the incomparable Hanz Zimmer, but will be mixed in with some Elton John and Tim Rice’s original music.

The soundtrack has not yet been released but based on how similar the remake is the original, it doesn’t look like we’re going to be getting any new songs.

Remaking a timeless classic is no easy feat; It’s only fair to acknowledge that are many things that could go wrong here.

Favreau is tasked with not only keeping the movie close enough to the original but also with giving you that feeling of “What’s gonna happen next” that you get when you see new movies, as well as making it worth waiting 24 years.

One thing that I’ve noticed that is particularly scary is the fact that Scar isn’t in any of the trailers. Sure, he’s cast English actor Chiwetel Ejiofor, but we’ve yet to see or hear what he looks or sounds like. As one of the greatest movie villains of all time, he better look terrifying.

Another thing I’m worried about is that in the entirety of the 1994 movie, adult Nala has a single line of singing, and I have a feeling that giving Beyoncé a single line isn’t gonna go over well with the Bey Hive.

Worries aside, I think we’re all ready for this movie. Ready to watch Mufasa die again, this time more realistically? Absolutely not. But ready to witness this timeless classic come to life? Heck yes.