Senior Rebecca Chapman, a long time comic con attendee, spent this past weekend at an overcrowded but exciting Lexcon. 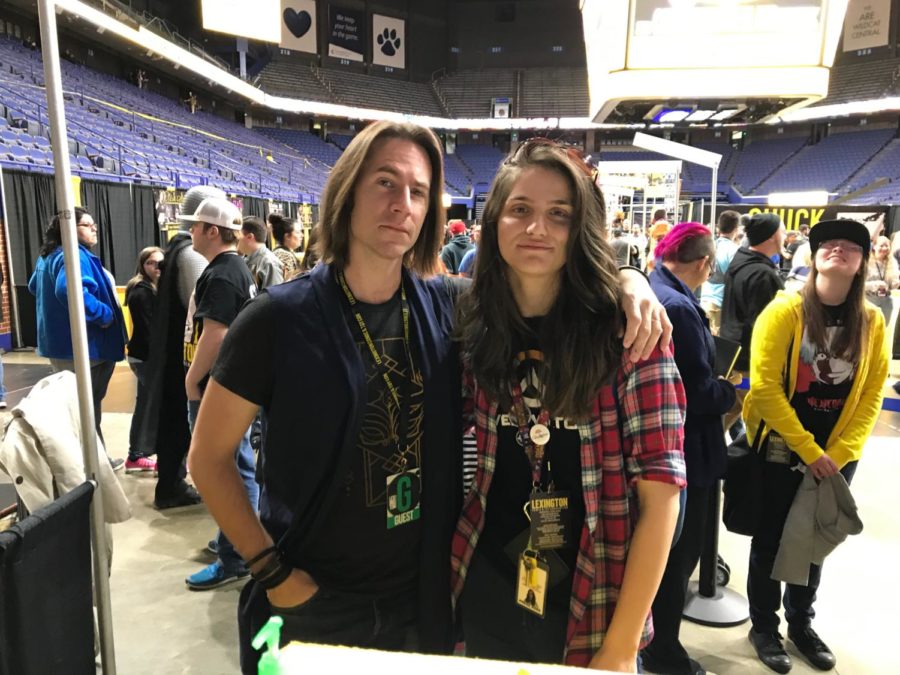 I can guarantee that the hosts of 2018 Lexcon were not expecting as many people as they got. But I guess that’s what you get for inviting John Barrowman, Chuck Norris and Matthew Mercer, among other guests, to a single convention.

Let’s start with Saturday. When I first arrived, there was a long line that wrapped around the entire food court and snaked into the vendor’s hall. Not knowing what line was for what, my friends and I were a little intimidated, but I found another friend and hopped in line with them.

Upon figuring out that the line we were in was not, in fact, for tickets, I decided to split off and find the booths, taking my friend’s money with me so that I could buy their tickets and hop back in line with them when I came back.

Then it became clear that the organizers of the Lexington Comic and Toy Convention really underestimated the number of people coming.

Finding the ticket booths was hard because once I found a line I would think “Maybe this is the ticket line?”, hope filling my heart. Later I found out that, no, this was the line to go upstairs and when I finally got to the top of the stairs, there was another line which filled the entire room and made an infinite “S” shape. That line went somewhere, but it was too crowded to tell just where.

Later, I find out that the ticket booths were outside.

If you are thinking “Hey, the whole con couldn’t have been that bad!”, then you are sorely mistaken. You couldn’t move ten feet within 30 seconds in the vendor’s hall. Nerd culture is on the rise.

However, the rest of the con went pretty well after the crowds died down. Being a “Con Veteran” has its benefits. Familiar faces were hard to miss and I switched between three groups of people while I was there. One group was some old con friends that I’ve had since 2014. Another was a newer crowd, excited to be at a con and show off their amazing cosplays. They’ve dubbed me “Con Mom”. The third group was my friend RD Hall, author of “American Wasteland” and “Horror Book”, and his family.

My goal for the con was to see one celebrity: Matthew Mercer. My longtime con friends and I made our way to the celebrity room on Saturday, but the line to see Matthew Mercer had been cut off and our only option was to try again on Sunday. Fortunately, we barely made it and I was fortunate enough to both meet Mercer and get his email.

Hall introduced me to some artists and writers such as Beau Smith, who wrote for Green Lantern and Spawn, among other things. His table was set up for his comic Wynonna Earp.

For an artist, cons are goldmines of opportunity. While I was there, Hall’s son requested that I work on some concept art for a video game he was working on. Additionally, Hall got the emails of both Mercer and his agent as they’re planning on a video together and asked me if I wanted to help storyboard for it.

It’s easy to spend money at comic cons and Lexcon was no exception. There was a comic booth selling comics for $5 each and if you bought two you could get one free. Another vendor was selling Dungeons and Dragons dice made of malachite and other gems and rocks for $40-$100.

I’m starting to think Lexcon is quite possibly the biggest con in the region, so much so that it has surpassed its building’s capacity. It’ll only grow from here.