This Netflix original show is quickly gaining popularity among viewers 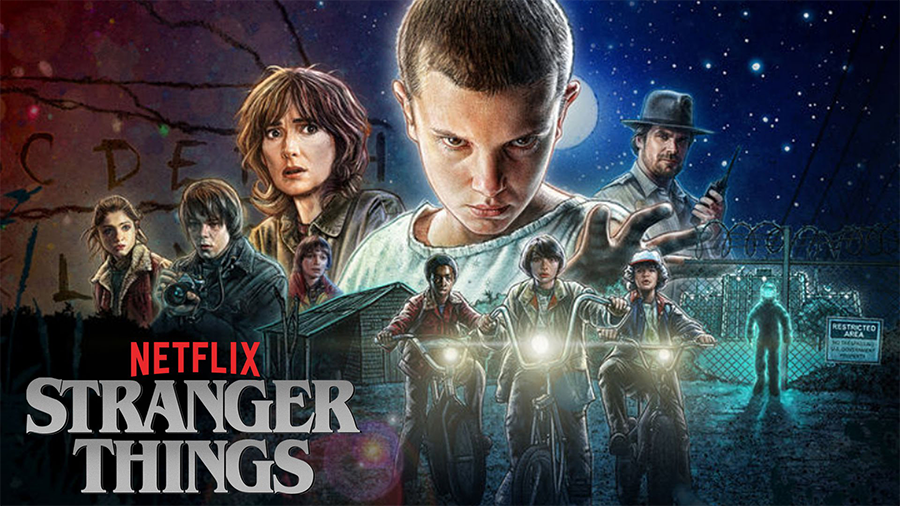 From friendship, to telekinesis, to parallel universes, Netflix’s new special, Stranger Things, balances style and substance in the most gripping yet nostalgic way.

Among its many tropes, the Stranger Things incorporation of the “geeky” middle school friend group is similar to that of the iconic 1980 films, The Goonies and Stand by Me in both their risky adventures and their 80’s vibes.

Unlike many of today’s TV shows, Stranger Things somehow managed to find extremely talented child actors that aren’t completely unbearable to watch. Instead, these talented actors leave audiences in awe of their performances. What the cast lacks in age, they make up for in talent and many Dunbar students agree.

“[The cast] is better than most actors,” said junior Sarah Black.

The cast also featured the 90’s film star, Winona Ryder who played Will Byer’s mother. Although there were high expectations for her performance, it was not her best role. Winona’s role, however, did not take away from the show as a whole.

Stranger Things’ 80’s vibes give the show an aesthetically pleasing perspective. 80’s bands like The Smiths, Joy Division and Rush are all mentioned in the show.

But, the most iconic, and perhaps most important, song in the show is “Should I Stay or Should I Go” by The Clash. The song helped the audience to connect with Will Byers and his brother through a more realistic medium (music) as they battle the strange forces ahead of them.

Among these classic rock bands, Stranger Things also included some of its own original music: modern, with a classic 80’s sound.

But, the aesthetics are only a fraction of what makes this show so good. The plot has substance and a plethora of captivating twists. It combines real world problems with supernatural conflicts, making it almost impossible to stop watching.

“I love this show because there’s so much suspense! It’s so good, I’ve become addicted,” said junior Zoe Williamson.

The show’s first season has the continuously growing fan base begging for more. The show’s cliff hanger ending leaves room for a second season which is in the works and will be on Netflix in 2017.