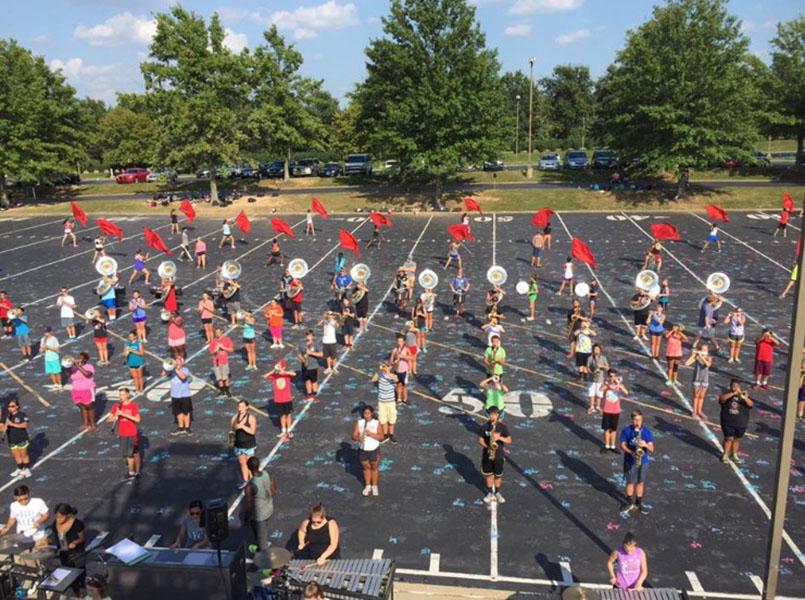 Led by Ms. Teresa Elliott, the PLD marching band is one of the largest programs at the school with nearly 130 participants. With the help of Assistant Director, Mr. Brian Morgan, Color Guard Director, Brian Robinso, and Drum Majors, senior Abby Schweighardt, senior Corrie Hunter and junior Carlie Fugate, the band has been working all sumhad on the show, Ever After, a combination of three classic fairytales.

“I believe that the upcoming season is going to be great,” said Brandon Wang. “Our show is a great combination of visuals and music. This is my first year and I love it!”

ng band will present the first movement of Ever After in competition at the Lafayette invitational.

The band has won many awards such as the Sudler Shield Award, KMEA State Marching Band Championship, and the Bands of America Regional Championship. They’ve performed at the Macy’s Thanksgiving Day Parade twice.